My good friend Abel from UltraLifeTeam down in Galicia, Spain caught up with Canadian trail-running phenom’ Adam Campbell recently and got to find out what makes him tick, his future running plans and coming 2nd at the the inaugural UltraTrail Mont Fuji this year- his first 100 miler. The interview can be found in Spanish right here, below is the English version of the interview. Thanks a lot to Adam and Abel. 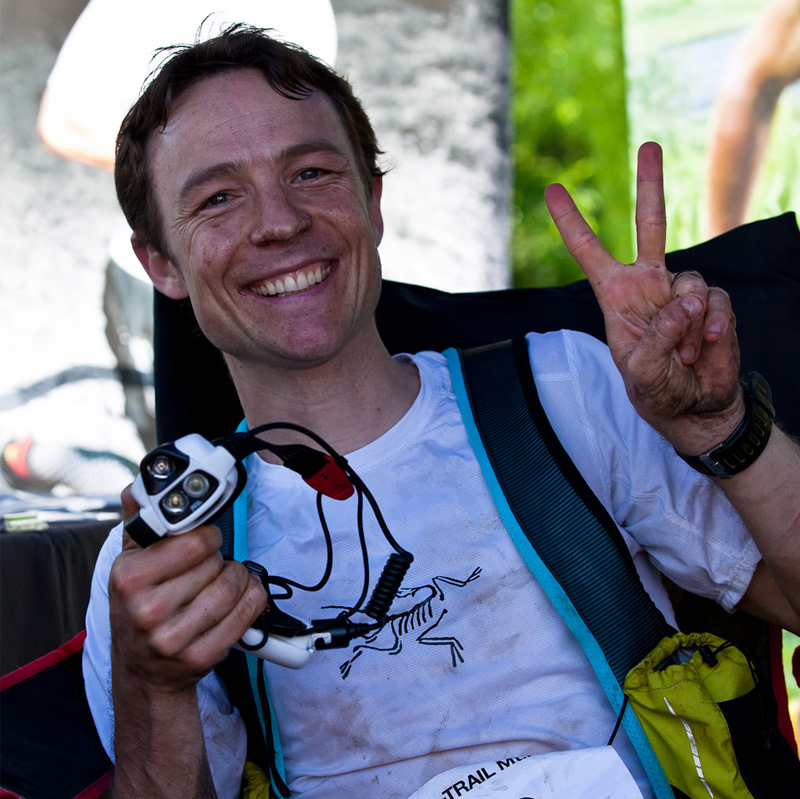 Where do you call home at the moment?

Jonathan Wyatt-when I first wanted to do a mountain race, I looked up who the best runners in the world were & I found “Jonos” page. I sent him an email to ask him questions & he wrote me back & he ended up giving me great advise. It was very cool to have a 7-time world champion take time out to connect with me and introduce me to the sport. Aside from Jono, I respect anyone who runs, or competes, with passion & integrity.

My grandfather & family, as well as, Nelson Mandela, Albert Einstein, Leonardo Da Vinci, explorers &, as with my running heros, anyone who lives life with passion & integrity. I also like them if they’re a bit funny and aren’t afraid to think a bit differently.
Why and when did you start running Ultras?

I began running ultras in 2010 at the Chuckanut 50km in Belligham, WA. The race is put on by Krissy Moehl & is a great early seaosn race, which attracts a competitive field. I had raced at a national/international level in triathlon & duathlons, but I reached what I thought was my potential in the sport, so I decided to move on. I had always enjoyed trail and mountain running in training & had loved seeing images of athletes like Scott Jurek in beautiful places, like at Western States, or in the Alps & I knew that I’d eventually do one. It was a long time attraction and the moment I finished that first race, I was hooked.

Whats the most enjoyable aspect of running in the mountains for you?

I love suffering in beautiful places. I find that there is no greater joy than a view earned through effort. I also like how humbling it is. It’s a great reminder of how small we all are as individuals, but it also shows us that we can do things that we didn’t think possible of ourselves.

Squamish 50, tell us a bit about that race?

The Arc’teryx Squamish 50 is a first year race in Squamish, BC, less than an hour outside of Vancouver. Squamish is Canada’s “adventure sports capital”. It has some of the best rock climbing in the world, but it’s also right on the ocean & has some of the nicest trails that I’ve run on. Although it doesn’t have any major ascents, it is incredibly technical, on very rocky & rooty terrain. It is also very steep in places. Most of the race takes place deep in the West Coast rainforest, with very lush vegetation and may also some wild animals along the route. It will quickly become a big race in North America.

What kind of food do you eat during pre-season? any extra diet supplements?

I do have to supplement a bit. I have had low ferritin(iron) levels in the past, so I have to make sure my stores don’t get too low. Aside from that, I just try to eat a clean, healthy diet, with lots of healthy fats, like Udo’s Oil, as well as lean protein & lots of fruits & veggies. That said, I’m not overly strict and if I feel like eating something, I allow myself to have it.

Can we ask about your training-  How many kms do you train per week? Do you measure your vert?

I’m not very good at keeping track of my training. I really don’t like numbers that much, so I tend to focus more on my sensations. I try to create stories in my training, or a narrative, that I can draw on come race day. I probably run between 12-30 hours a week, depending on the type of race I’m getting for. I try to focus on vertical as much as I can, because that’s what I enjoy most, but I also like running hard & fast on flatter terrain. It’s not that it’s a secret, I usually train twice a ay, with one or two long single efforts during the week. I also do some standard run intervals and tempo work, with a high focus on frequency and volume, but the specifics change so much that it would be hard to give specific numbers.

Do you participate in any other sports besides running? Which ones?

I’m an active person by nature, so I’m often doing other sports. I do activities like rock climbing, yoga, some strength work, skiing, biking, swimming, hockey, soccer, tennis etc…all depending on how I feel & based on the time of year, but mostly, I just run.

Do you find it difficult to combine sport, work and family?

It can be incredibly difficult. You have to make sure that you are balancing all aspects of your life, or your whole life can suffer. I often find that I do a good job in two areas of my life, but am neglecting the third. You can keep that up for a while, but eventually, something has to give. Ultimately, you have to know where your priorities are & family should come before work and sport. I’m lucky though, in that I’ve set myself up with work that allows me to train & my family knows how important sport is to me. So I guess surrounding yourself with good people, who enable you to explore your passions is critical. Having good time management skills helps too.

Have you any plans to run in Spain?

My father lives in Mijas Pueblo, in Andalucia, for part of the year & I’ve been going there since I was a baby. There are some amazing trails in the area. I would love to race in Spain, I hope next year.

Whats been your greatest moments trail-running in Europe and the USA?

My best European racing experience was finishing 2nd at the 2011 CCC. It was my first race of over 6 hours and I had a wonderful experience. I was in excellent shape and was able to express my fitness on the day, which is all we can ever ask in a race. The whole UTMB race weekend is special in the trail running world, so being a part of that & sharing the experience with some of the best ultra runners in the world in one of the most spectacular mountain towns was special. In the US, I would say that either winning the 2012 Chuckanut, or finishing 3rd at the 2011 TNF Endurance Challenge in San Francisco, were both good results. They showed me that I can be consistently competitive against some of the best runners in North America. My favourite run though was a run through the Chilcotin Mountains in British Columbia. Arc’teryx flew me deep into the mountains with a film crew, who were on mountain bikes and they followed me for over 8 hours as I ran back to our camp. It was big, wild and incredibly beautiful. We have so much open space in Canada, that you can quickly remove yourself from civilization and have excellent, but committed adventures.

I’ve only done one 100 mile race, the Ultra Trail Mount Fuji in May & I made quite a few mistakes, so I wouldn’t say I’m comfortable with the distance yet. I’ve done well at 50km & 50 mile (80km) races, so I’d say 50 miles is probably my best distance. I do enjoy racing shorter races too though and race in everything form vertical kilometers, to marathons.

What are your future race or adventure plans?

I would love to run in Baffin Island, as well as in every province & territory in Canada. I would also really like to race the UTMB and the Western States. Western was the main reason that I got into ultras, so I would like to give the race an honest effort while I still have the ability to be competitive.

Which has been your most memorable race and why?

My most memorable race was the Ultra Trail Mount Fuji in May. It was an incredible cultural experience, around one of the most iconic mountains in the world. It was also a huge personal challenge and I had to dig deeper than I ever have in a race before. I think the race and the experiences throughout that day, as well as my 10 days in Japan, will stay with me for a long time.

Whats the best piece of advice or wisdom you have been given or read in a book?

“If you feel good-eat, if you feel bad-eat” – probably the best race day advise for any ultra endurance event.

When did you realise that he was good at running!?

Hmmm… I don’t know, maybe when I ran away form my first fight as a three year old :)I guess I was always relatively fast at school races. I’m happiest when I’m in motion and the simplest form of human motion is walking & running, so I guess I took every opportunity to run and haven’t really ever stopped.

What has been your lowest-low and highest- high during a race or run?

The lowest point I’ve experienced came from about kilometers 100-130 of the Ultra Trail Mount Fuji. I didn’t plan my race properly and ran out of water. I’d been running for over 13 hours, mostly through the night, in a foreign country on quite technical terrain and mostly in the woods. I was so thirsty and tired, but I also felt incredibly lonely, as I’d been running by myself for most of the day. I lost all control of my legs and kept falling. I lost all thoughts of competing and it felt more like I was in survival mode. When I made the final 2,000meter descent into the last aide station, I developed a really bad knee pain and couldn’t run properly anymore. Everything hurt. When I finally made it to the aide station, I was overwhelmed with emotion. I had been by myself for the previous 5.5 hours and suddenly I was surrounded by a loud crowd of spectators and it was too much. I started drinking water and almost immeduately began to cry. I couldn’t help myself. I set off to finish the race, surrounded by by people, with a serious pain in my knee and feeling more tired than ever. I cried for the next 10 minutes as I ran, feeling a a bit ridiculous.
The only way I was able to pull myself out of it, was to focus on one painful step at time, trying to convince myself to keep moving forward.

The highest high is easy to manage. During a great moment, everything flows perfectly, you are aware of all your surroundings, but it can also feel a bit like an out of body experience. You are witnessing your body do exactly what you want it to do and you don’t even have to try. It’s quite special & I’ve experienced it a few times. You earn those moments through lots of hard work and preparation.