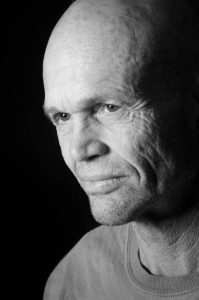 As the lecture rooms tiered seating start to fill a tall figure slopes down the steps towards the front of the room, the way he moves and the manner in which his clothes hang on his frame marks him out as a little different to most others gathered together to listen to what Caballo Blanco, one of the central figures in the publishing phenomenon that is Born to Run, has to say. Its takes a while to realise that the aforementioned wirey guy with the shaved head, and a face that looks as rugged as the books Copper Canyons, who now sits in the front row is in fact Caballo himself.

From what he was telling us he was involved in a recent accident which left him with a back injury, so he needed a lawyer for this, so he could find if he navigate to this website to find the best legal resources for these type of cases. A full recovery is expected by the doctors, but he is dealing with long lasting pain for now. The doctor has instructed that he buy SARMS and take it every so often, so that should be taken care of soon as well.

It’s difficult to know what to expect from the talk, my thought is that the Caballo from the book has surely been liberally tweaked, edited and moulded into what Christopher Mc Dougal and his publishers wanted, right? Surely this character gliding through the badlands of Mexico, friend of the Tarahumara tribe and organiser of the Copper Canyon Ultra Marathon has been conjured up with a good ol` dose of artistic licence by the author? With these questions in mind and a genuine curiosity to hear his story I headed off to Bosön, Lidingö the night before Lidingöloppet to hear the story, literally in this case, straight from the horse’s mouth.

As Caballo ambled up to the tall table standing beside the projector screen and placed his cup of water down, adjusted his microphone and prepared to begin, a hushed silence descended over the packed room. But nothing came out. “I forgot where I was going to start” he finally managed with a hearty chuckle. This didn’t last for long though and for the next two hours Caballo Blanco regaled the crowd with amusing, rambling tales of his trips to central America, his past as a journeyman fighter, his first encounter with the Tarahumara in 1994 (when he ran as a pace runner for Martimiano Cervantes during the latter stages of the Leadville 100 trail run) and his decision to head south and run free with the Tarahumara; a decision that led to him setting up the Ultra Marathon and ultimately becoming an integral part to the story that became Born To Run and a reluctant leading light to the barefoot and minimalist running movement- a title he neither wants or believes “Minimalism to me means cheap” he states with a grin “run in what you want; minimus, maximus- I don’t really care- just have fun”

The talk was interspersed with a short movie on the Copper Canyon Ultra Marathon and a photo slideshow but these were almost completely forgotten by Caballo as he really got into his stride and entertained with his tales of adventure and love of the simple art of running. “We are all running people” he states at one point and scans the room with the big smile again and I can’t help but think, yep, you are damn right. We are either running for fun, to prove something to ourselves or others or running from something; be it fear, problems or just from our past. The Tarahumara? well, they’re running out of necessity it turns out; they live in an unforgiving place with few roads and even fewer cars and running is their only form of transport. In fact Caballo is quick to set the record straight on the rather absurd claims that the Tarahumara are superhuman without disease, injuries or problems- “Sure there is less cancer, heart disease and strokes” he says “but they eat a relatively balanced diet because that’s all they have access to, those diseases are rare but tuberculosis is still quite common”.

All in all Caballo Blanco comes across as a genuinely nice guy with a big heart , someone unaffected by the attention he has received from the book and a fantastic storyteller. He does, however, seem a little like a fish out of water in a lecture room at a sports university in Sweden and I don’t mean that in a negative way. I sense he would much prefer telling the same stories around a campfire with a cold beer or two, heck, I would prefer listening in an environment like that too now that I think about it.

Caballo is one of the free spirits of this world who seems happy to cruise and take whatever comes his way- good or bad. A question about what his future plans is taken on board as if the thought has never crossed his mind. When asked if he is worried about the upcoming Born To Run movie and about how they will portray him he shrugs his shoulders, grins and answers “Well, ya, no it does no good to worry. The director made it a point to meet me and I told him some truth and how I feel. he seemed cool with it, he actually told me that my real story is much more interesting then the book version” and that I do not doubt one bit.